This past end of week/weekend I attended the first Futurescapes workshop to be held in Capitol Reef National Park. I had been looking for a workshop sort of thing to take part in this summer but hadn’t known about the Futurescapes workshop held in Sundance. I came across it, but it was already too late to attend that one.

But then there was this other one that was smaller—only about 15 people can attend—and it was to be hosted at a national park. The whole idea sounded exciting, and even if we were sleeping outdoors in tents and sleeping bags, I would have been ok with that. That wasn’t the case, though, and in fact had quite nice dorms to stay in at the Capitol Reef Station, which was a small cluster of buildings inside the park that hosts visiting groups of scientists and artists. It’s off the grid, set up to be very self sufficient with solar electricity, water reclamation, etc. They have wifi thanks to a microwave relay that was pretty decent, considering we were out in the middle of nowhere.

The workshop itself was fun, and I got to meet some nifty people. I don’t feel like going into the details of the workshop itself because, I mean, it was a writing workshop; if you’ve been to a few, you know they’re pretty much the same no matter which you go to, with a few rare exceptions.

What I really loved about this was the location. Being so remote, there was no light pollution, and for the first time in my life I saw the Milky Way band of stars across the sky. This is an amazing thing because I love astronomy and space science—I originally planned to be an astrophysicist when I first went to college, then realized my higher math skills were garbage, something I had tried to convince myself was not true (one of a couple aspects of who I am that I was desperately trying to deny about myself, but finally, after great tumult, had to accept)—and for someone who likes space stuff so much, to have never had a chance to see the stars sans the smothering glow of light pollution, doing so at age 46 inspired the kind of awe that I associate with youth. Looking up there at ancient starlight, I felt a now too-rare rush of raw fascination. The Milky Way was real. Well, of course it’s real, you might say, but, seriously, there’s textbook real, and then there’s IRL, with-your-own-eyes real, and there’s simply no picture, no classroom course, no book that can fully capture and translate the expanse and the detail and the staggering possibility that you stare up at and that seems to stare back at you in way that at once makes manifest your insignificance and enunciates your own uniqueness in the universe.

The workshop was short, only Thursday, Friday, and we left on Saturday, but I enjoyed it quite a lot.

I have realized that I’m trying to find my voice, my writer’s voice. I used to have one that worked, but…I lost it. I went through a really, really difficult life event—or cascade of events that piled up on each other with me crushed at the bottom of it—nine years ago, and I’m just beginning to understand that, beyond it breaking me, it changed me.

The trauma turned me into someone a little—maybe even a lot—different from who I was. And the problems I’m having with writing currently I think stem partly from me trying to live as a person I’m just not anymore; I’m following the instruction manual, but it’s out-of-date.

It’s as if I’m a .docx file trying to be loaded up into Word 97. There’s a lot of new metadata attached to this new file of me that the old system and software I’m trying to run it on simply can’t interpret or render effectively.

So, I feel like I have nothing to say anymore. I’m struggling with themes, and just generally keep returning to the question, “what’s the point?” And I think it’s because I’ve lost my writer’s voice. I’m trying to speak in someone else’s voice, a dead-and-gone me that sounds familiar but is just an echo reverberating off the walls of old habits and memories of myself as I once was. And that makes everything that comes out feels inauthentic.

I have to go through the whole process again that I went through when I first started writing, when I developed my Voice the first time. I have to start over.

I have to start over, all over, to find my Voice and my point again.

Volunteering as a First Reader and Writers Weekend 2.0

“First reader” is a nicer way of saying I read the slush pile looking for those hidden gems I can pass along for a second read. I don’t read everything that comes in since I’m just volunteering and don’t have unlimited time, just a few every week or so.

It’s enough to give me a little boost of energy to write my own work, which I need. I’m having what I guess they call an existential crisis, layered on top of a midlife crisis, and all that’s layered on top of a powdery core of ennui. It’s tough shaking it off; I need more writing people around me to talk to and go have coffee with. I don’t get that much out in rural Washington state.

But, on a positive note, some writer friends of mine from Seattle are coming into town this weekend for a Writers Weekend 2.0. We spend the weekend immersed in writing at my house. This is the second time we’re doing this; the first time was during NaNoWriMo, and we used the weekend to do sprints, talk shop, and generally give encouragement to one another. So, this one will bring some much needed energy to enliven my flagging focus.

Please stop using “simplistic” when you want to say something is simple but are trying to sound like you’re smart, because what you’re actually doing is making yourself look stupid.

Simplistic is pejorative; when you describe something as simplistic, you’re criticizing it as being oversimplified to a fault. It does not mean something is well-designed, clean, uncluttered, easy to use, efficient or in any way positive.

An example of the wrong use of “simplistic” is clear in this review of a waffle maker by Consumer Reports: 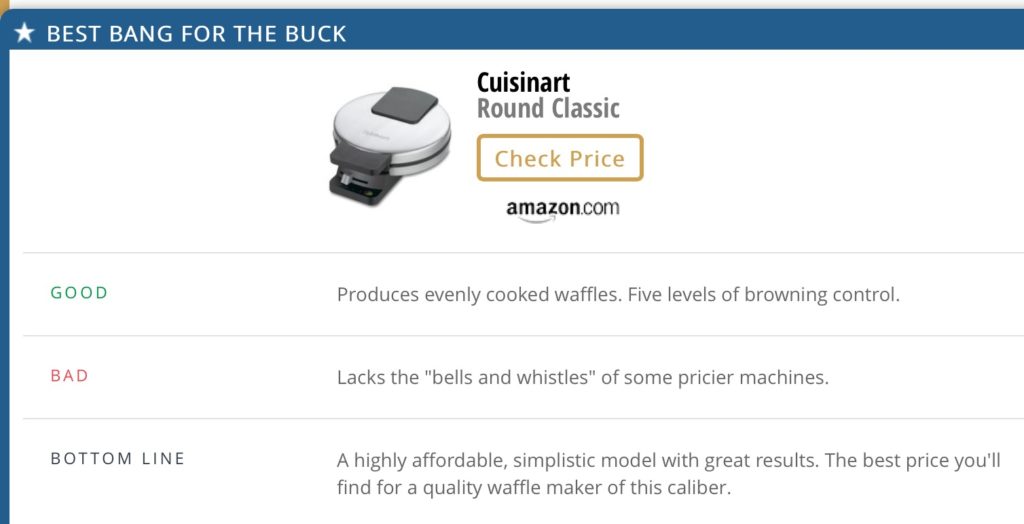 The incorrect use of “simplistic” in a Consumer Reports review.

So, the translation of CR’s bottom line is that this waffle maker is “a highly affordable, poorly designed and superficial model with great results.” Obviously this is not the intended meaning, because it even goes on to describe it as a “quality waffle maker.”

It is the writer and the copyeditor that are not quality here.

If you’re want to be positive, the word you’re looking for is just good ole “simple.” Use it, and quit trying to sound clever.

Sold a Story to FFO

I got good news the other day: Flash Fiction Online bought my story “The Yankee at the Sitting-Up.” I don’t know yet when it will appear.

I’ve been having a tough time getting my writing side back online, so this is a big boost to that effort. It’s a reprint, so it’s not the kind of boost I really need—I need to complete and sell a new story. But this is still critical in helping me, especially after this week.

This week I wrote almost nothing, and I have no good excuse for it at all. I’ll check it up to it just being a bad week. Now the weekend starts, so I’ll make it a better weekend. My plan was to finish a draft of a short story this week, so I’m going to try and close the deficit by completing it this weekend.

If I write anything this weekend, it’ll be a victory. Gotta keep hammering this granite block in my head, keep making progress, however minor at this stage.

Writing Nopes: The Smell of Death 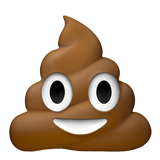 “The smell of death.”

No. Just, no. Stop using this cliche. It’s utterly devoid of narrative value—in fact, it has negative value; it deducts from your story, and it trashes your credibility as a writer.

What does death smell like? Like rotting meat? Say that. Like infection? Putrescence? Describe it using a specific we can imagine. Maybe it smells sickly sweet or cloying? Or could it be acrid? Like sulfur? Poisonous? “Like death” can mean a bazillion different things, but at the same time means absolutely nothing.

But when it appears in your writing it smells like one thing: Shitty writing.

Never use this cliche. Ever. EVER.

Can You Kill Your Creativity?

You know the saying, “use it or lose it?” I worry that applies to a person’s creativity. I worry it applies to me.

I went through a long period of not writing—at least not writing my own stories, producing work original to me. I wrote for companies, everything from web content to newsletters to promotional articles to press releases. And some of it was creative work, like stories. But the creative stuff was always using some property the company owned, and it was a bit like paid fanfic. I enjoyed the work, enjoyed making a living on it all, and numbed the nagging twitch in the back of my writer-brain by telling myself, “Hey, it’s still all writing.”

But, it’s not the same. Eventually, I numbed that twitch right into a coma, not realizing that the twitch was my own creativity. And when it went under finally and didn’t twitch anymore, I ignored the silence. “I’m still writing. It’s all going to be ok. Still writing….” But that writing was now starting to suffer. Even while numbed my creativity had been desperately gasping through the mannequin prose of press releases and promo copy, making it a little better than it deserved to be, but when it couldn’t get enough air to keep it conscious any longer, it began dying.

Saying my creativity went into a coma is me avoiding a horrible truth, because the reality is that it wasn’t just sleeping in a coma—it was dying. And the parts that died I was never going to get back.

So, here I am in NaNoWriMo, resuscitating that part of me, frantically forcing in the oxygen of attention I foolishly deprived it of for so, so long, hoping it’ll wake up and be like it used to be, back when it vibrated with ideas and exchanged those for the exercise of my attention.

I know it won’t be like it used to be, but I think there’s enough left to build on, to build up something that’ll be different. Maybe it’ll be almost as good as it might have been, had I not tried to suffocate it with neglect.